Strong families and communities whose conditions nurture strong families protect our children. Every community has Community Protective Factors, or characteristics that are linked to lower rates of child maltreatment. We know the presence of any single protective factor is not sufficient. Rather, factors work in concert with each other and with each family’s unique strengths to create safe environments for children to grow up.

Ongoing research from the Center for the Study of Social Policy suggests that the following Community Conditions nurture strong families:

This includes policies and programs that support equitable access to economic opportunities, family-friendly employment, health care, housing, childcare, education, and food security. A family’s economic situation can enable or prevent that family from taking advantage of other protective factors. High quality childcare is another essential need - research shows that parents and caregivers with more financial means tend to access higher quality childcare which provides many benefits for their child.

This means an acknowledgement across community members that parenting is hard and all caregivers can benefit from community support. Strong communities have cohesive neighborhoods and members are willing to address the stigma of child maltreatment. Community institutions like schools, churches, community centers, and family resource centers are an important basis for social support. If these institutions are effective and accessible to all, they contribute to the formation of important parent and family social connections, which prevent child maltreatment.

This represents a collective understanding about what support can be provided by institutions, and what support must come from friends, family, and neighbors. Strong communities promote positive social norms about parenting and advance restorative justice practices. They also have well-functioning response systems so that when maltreatment does occur, intervention at schools or in physicians’ offices can help to prevent further harm from occurring.

This means fostering an anti-racist and equitable social structure. Inequity manifests in many ways, including in rates of child maltreatment. Rates of substantiations are significantly higher among Black and Native American children than White and Asian children. The causes of racial disproportionality in the child welfare system include institutional and structural racism on parents of color and the public systems that interact with them, implicit bias in the child welfare system and society in general, economic inequality, and the disproportionate involvement of child welfare and law enforcement in the lives of families of color. Initiatives that promote racial equity are critical in their own right, and also promote the other Community Protective Factors listed here.

In addition to community conditions that directly support children and families, it is important that parents and caregivers have access to resources that will help them strengthen the individual protective factors , including parental resilience, social connections, knowledge of parenting and child development, concrete support in times of need, and the social and emotional competence of children. Research shows that access to and participation in effective Parental Education programs helps prevent child maltreatment and supports growth in these individual protective factors.

The research on Community Protective Factors is emerging, and we’ve worked closely with the Center for the Study of Social Policy and 90by30 on this effort. Please see CSSP’s whitepaper on Community Conditions for additional detail.

A variety of factors place children and their families at greater risk for maltreatment. These are some of those factors that are endemic to California communities:

Institutional racism and systemic oppression over generations have disproportionately impacted families of color.It is important to recognize that the rates of child maltreatment are not equally distributed along racial and ethnic lines in California. Rates of substantiations are significantly higher among Black and Native American children than White and Asian children. Rates of substantiation among Latinx families are also somewhat higher than their percentage of the population. 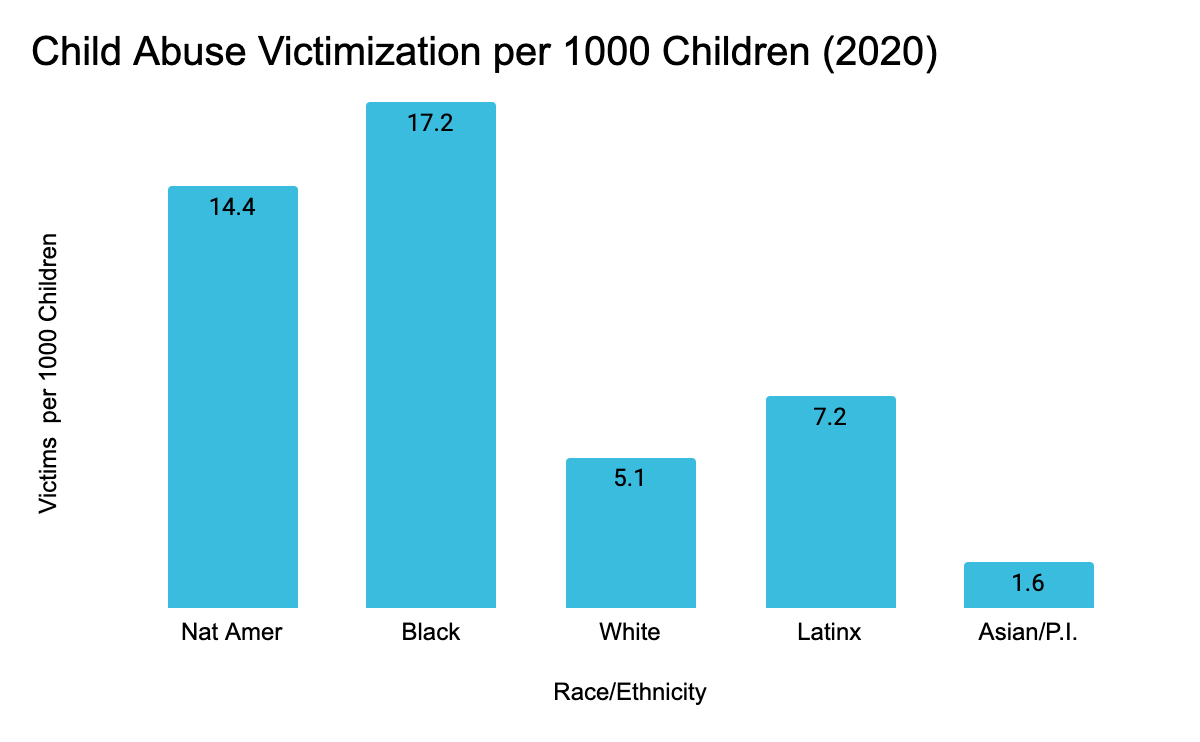 The causes of racial disproportionality in the child welfare system include institutional and structural racism on parents of color and the public systems that interact with them, implicit bias in the child welfare system and society in general, economic inequality, and the disproportionate involvement of child welfare and law enforcement in the lives of families of color. While the field is only beginning to understand the interplay of these factors, research suggests that concentrated poverty among demographic groups explains much of the difference in substantiation rates, particularly substantiated rates of neglect.

While we do not yet have data on how poverty has changed in California due to the COVID-19 pandemic, we do know that pandemics typically raise income inequality. Research has shown that the economic hardship triggered by the pandemic has disproportionately impacted people of color and those with lower-education levels.

One early model of poverty in the San Francisco Bay Area anticipated a 3.2% increase in deep poverty, and a 2% increase in all poverty after the first three months of the pandemic, even after considering all government assistance programs. 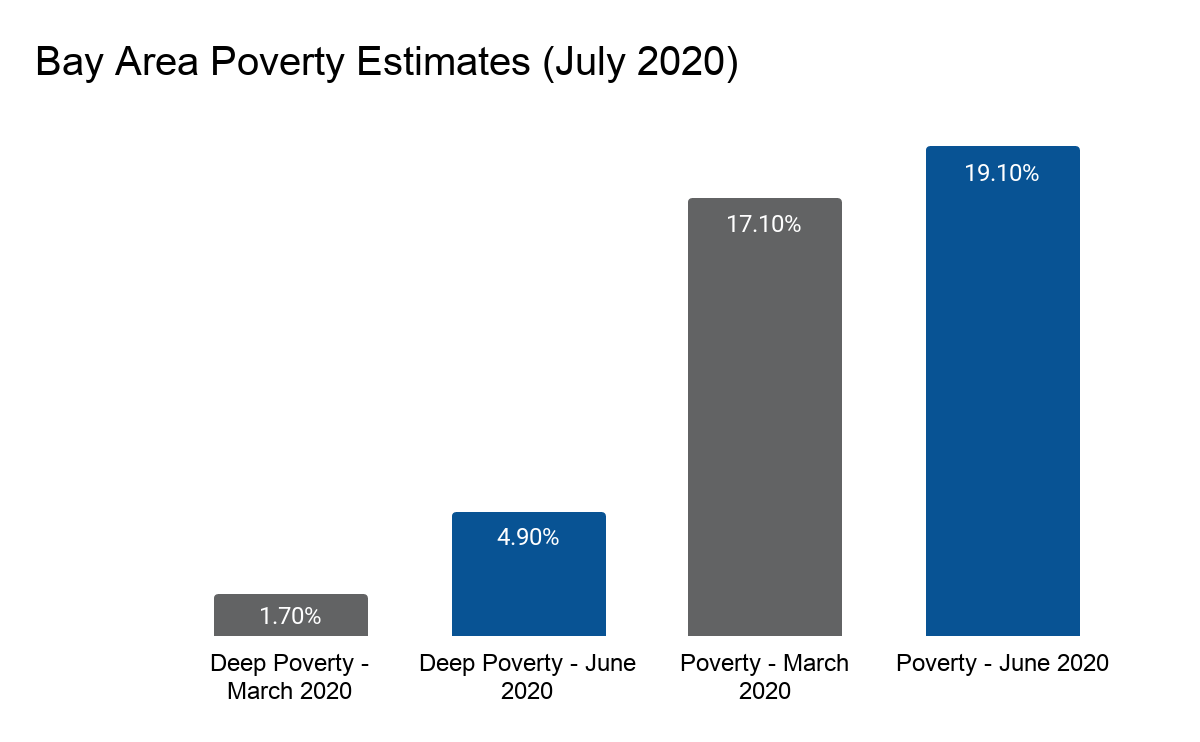 Research suggests that income, or socioeconomic status, is the strongest predictor of maltreatment rates. The presence of poverty does not mean a child is unsafe, unloved, or that a parent lacks the capacity to care for his or her child.

Additionally, children under 1 year old tend to experience child maltreatment at higher rates than any other age group. This may be because of their size (infants are more likely to be harmed by even minor physical stresses), the reaction some adults have to excessive crying, or a child’s lack of responsiveness. Research shows that maltreatment that begins during infancy is likely to be chronic and developmentally consequential when there is no intervention. 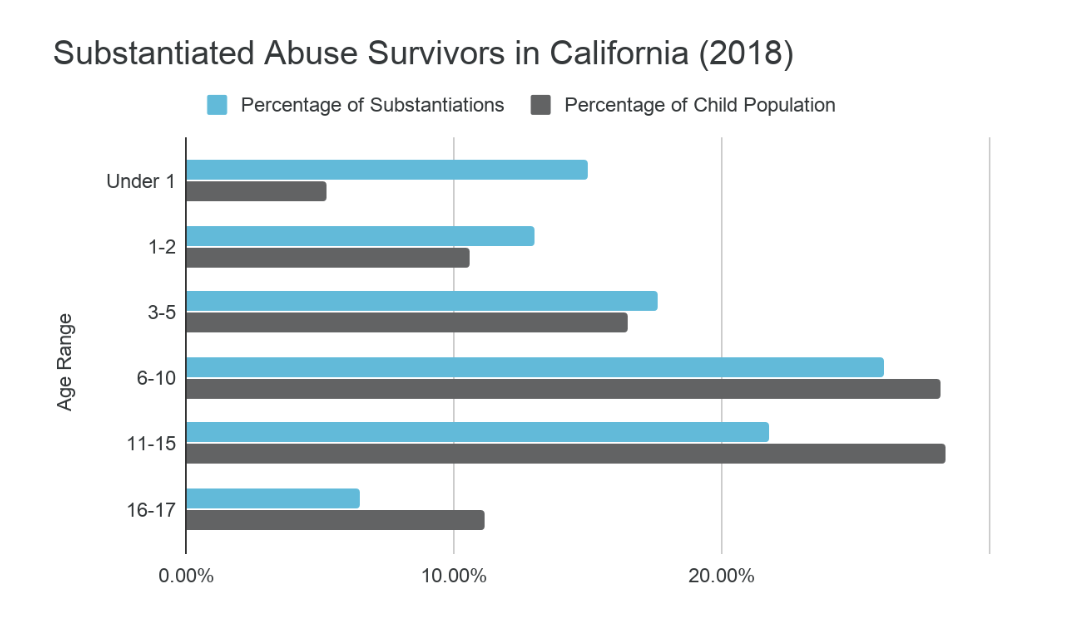 Research shows that high levels of unemployment increase economic uncertainty and stress for families. Unemployment in California peaked in April 2020 as a result of the COVID-19 crisis, and has fallen but is still higher than pre-pandemic levels. Research published in September 2020 shows that parents who lost jobs due to COVID were more likely to maltreat their children than parents who stayed employed. 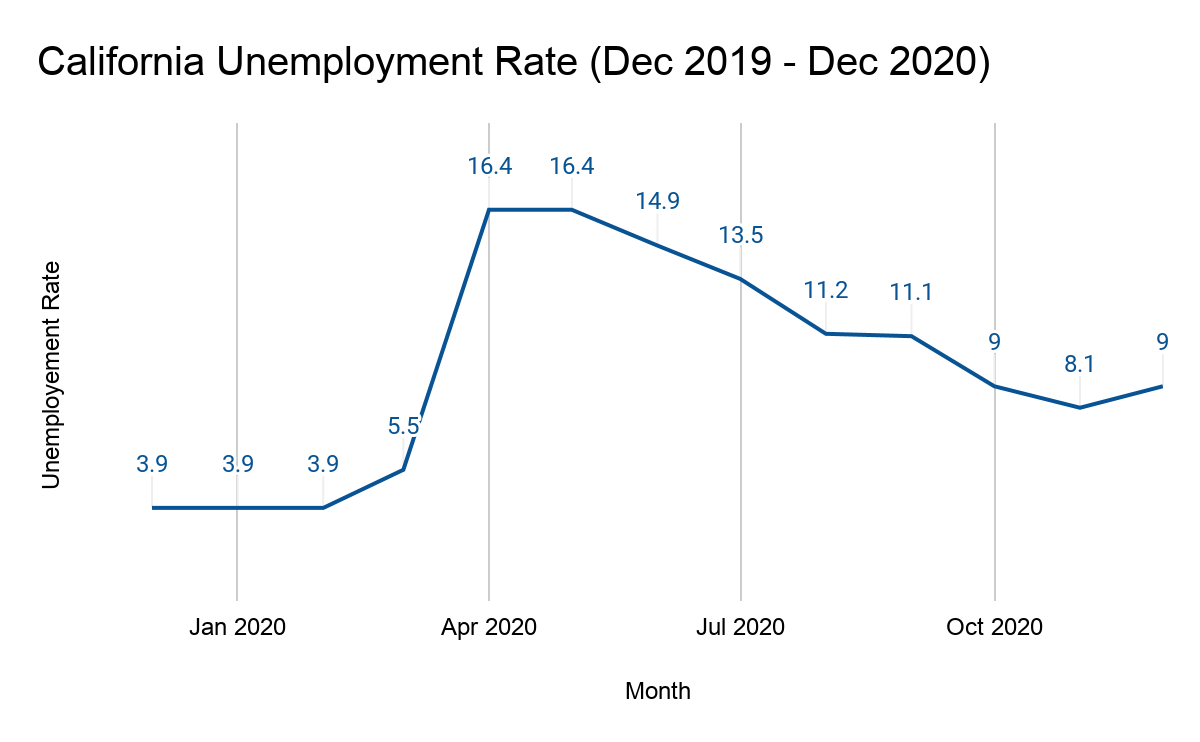 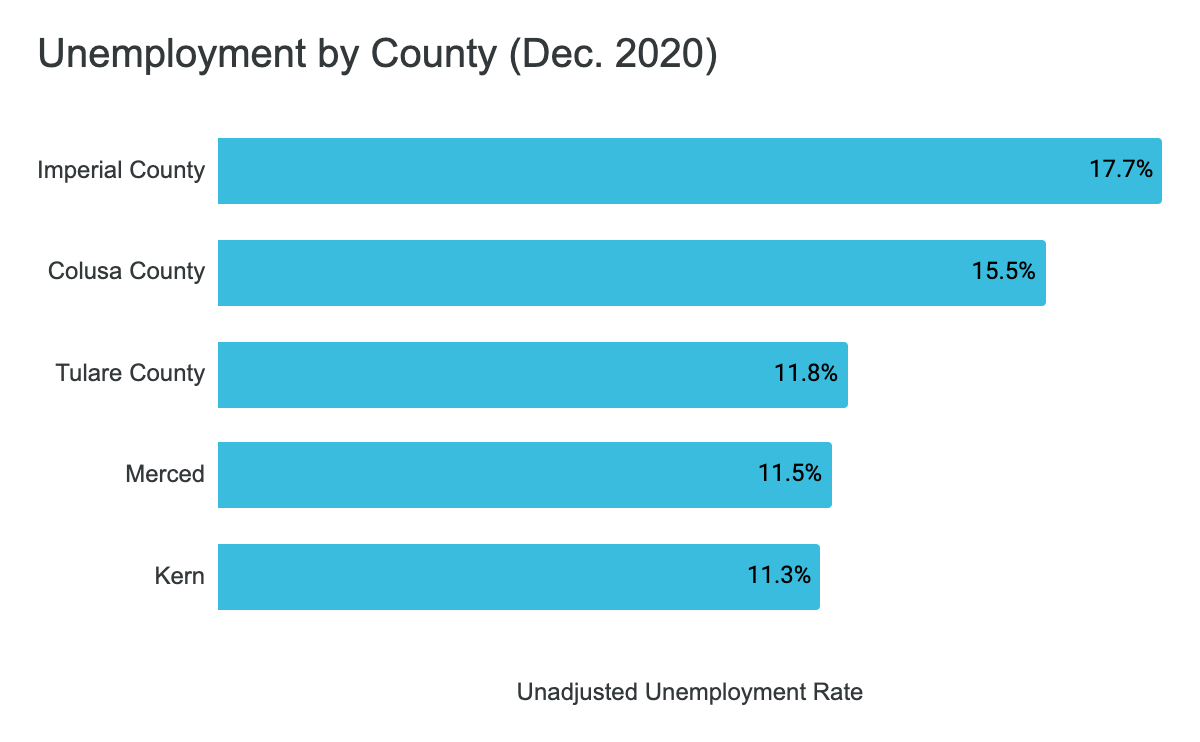 California’s eviction moratorium has been instrumental in preventing mass homelessness as a result of the COVID pandemic. Even before the pandemic, Californians spent a disproportionate amount of their income on housing. The pandemic has increased the percentage of families for whom housing costs are a significant burden. One survey suggests that nearly half of low-income renters aren’t sure they will be able to pay next month’s rent. Burdensome housing costs increase families’ stress, which places children at greater risk for maltreatment. 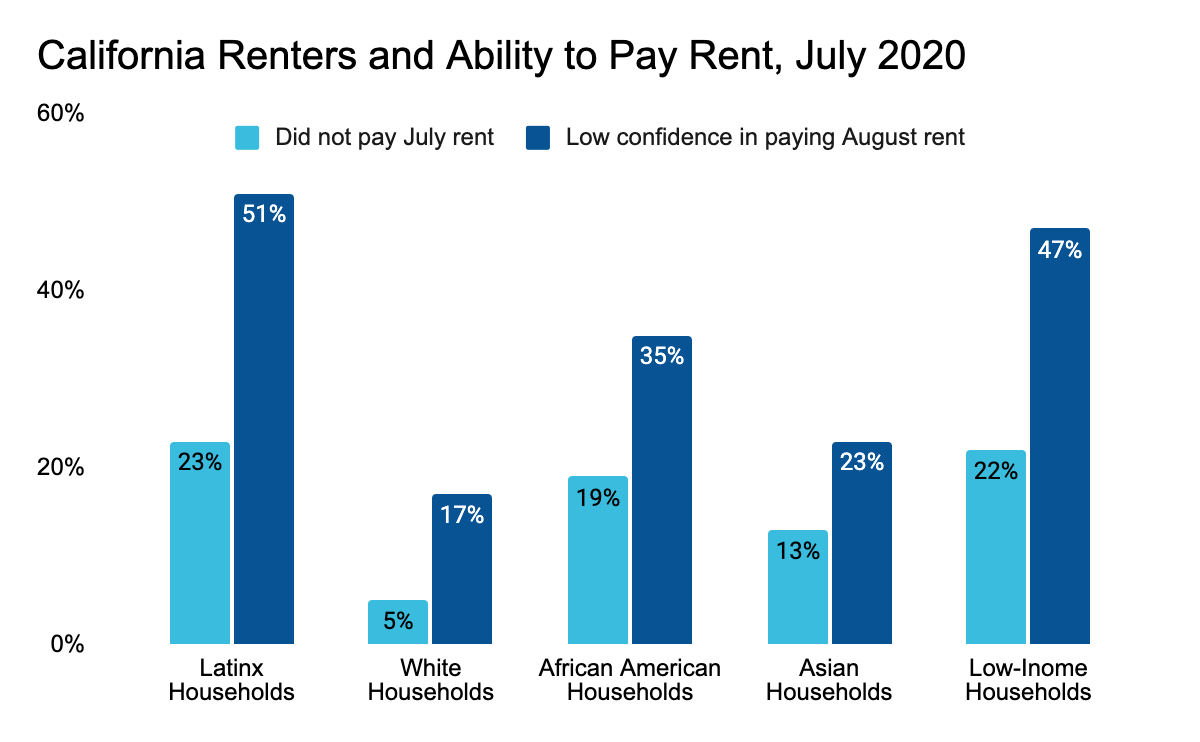 Homelessness is a major driver of temporary family separation, not only increasing family stress but also the number of caregivers in a child’s life. The US Department of Housing and Urban Development has not released updated national housing data since it’s 2019 count. As of that count, more than 128,000 individuals were homeless in California —more than 22,000 of whom were in families. Among U.S. States, California has the second highest number of people in families experiencing homelessness, second only to New York State. 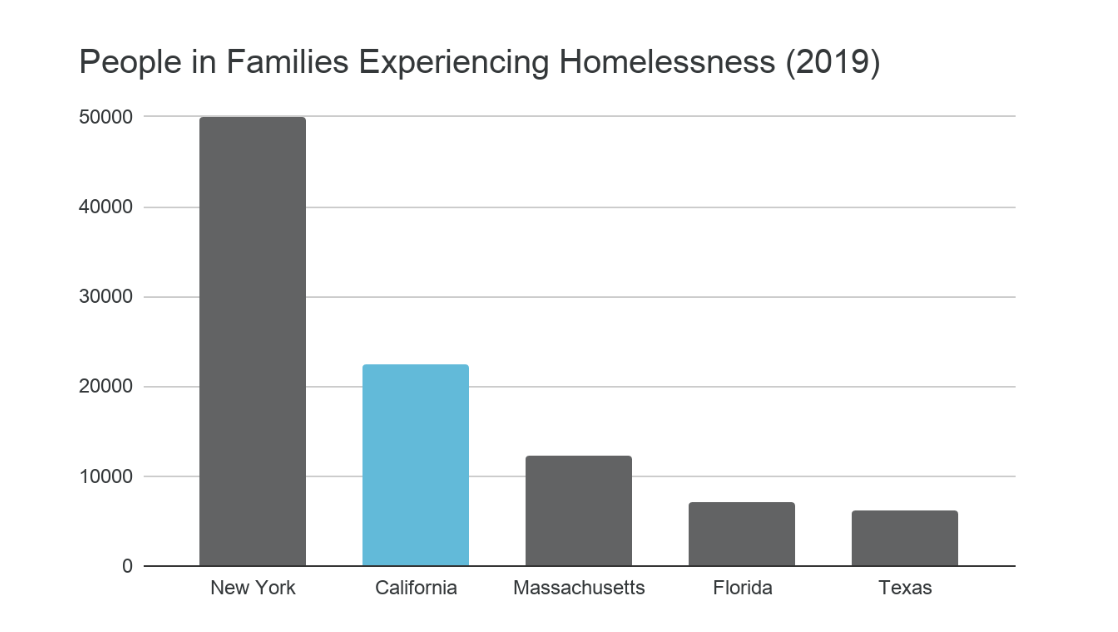 Compared to other states where family homelessness is a challenge, homeless families in California are more likely to be unsheltered - that is, on the street, in cars or abandoned buildings, or in other places not suitable for human habitation. In 2019, all five of the cities with the highest percentages of unsheltered families were in California. 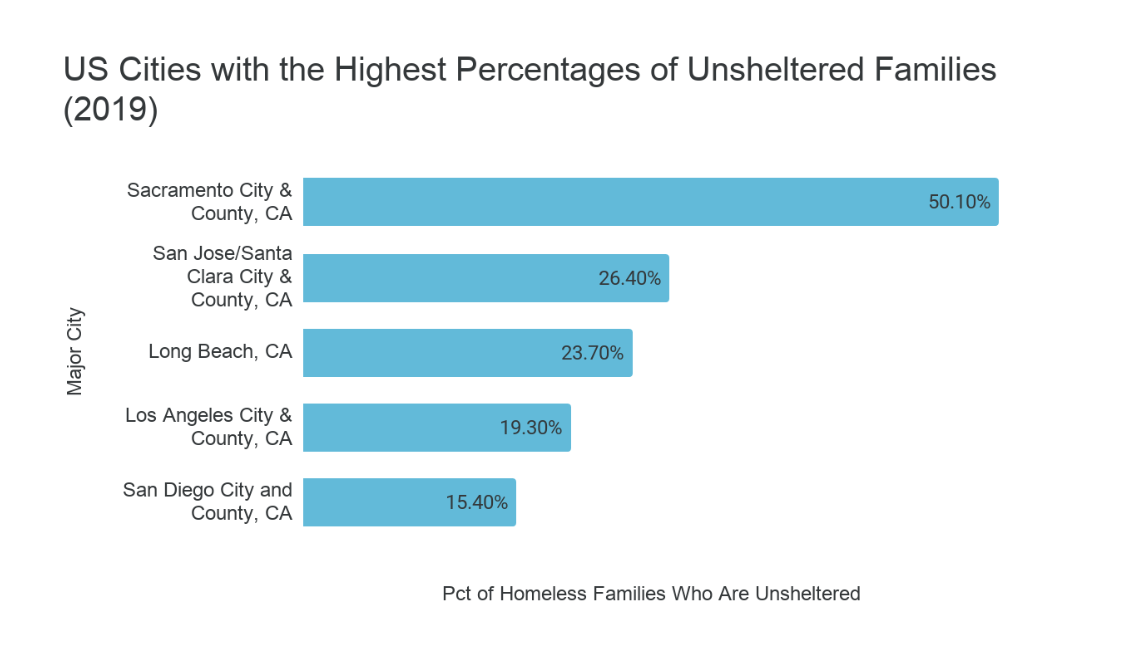 Across the state, families exposed to a culture of violence often experience trauma, strain, and fear, all of which increase the likelihood of child maltreatment. Prior to the COVID pandemic, crime averages in California were historically low and continued to trend downward. Preliminary data suggest that the pandemic has influenced a shift in the kinds of crime committed, but has not impacted the crime rate as a whole. 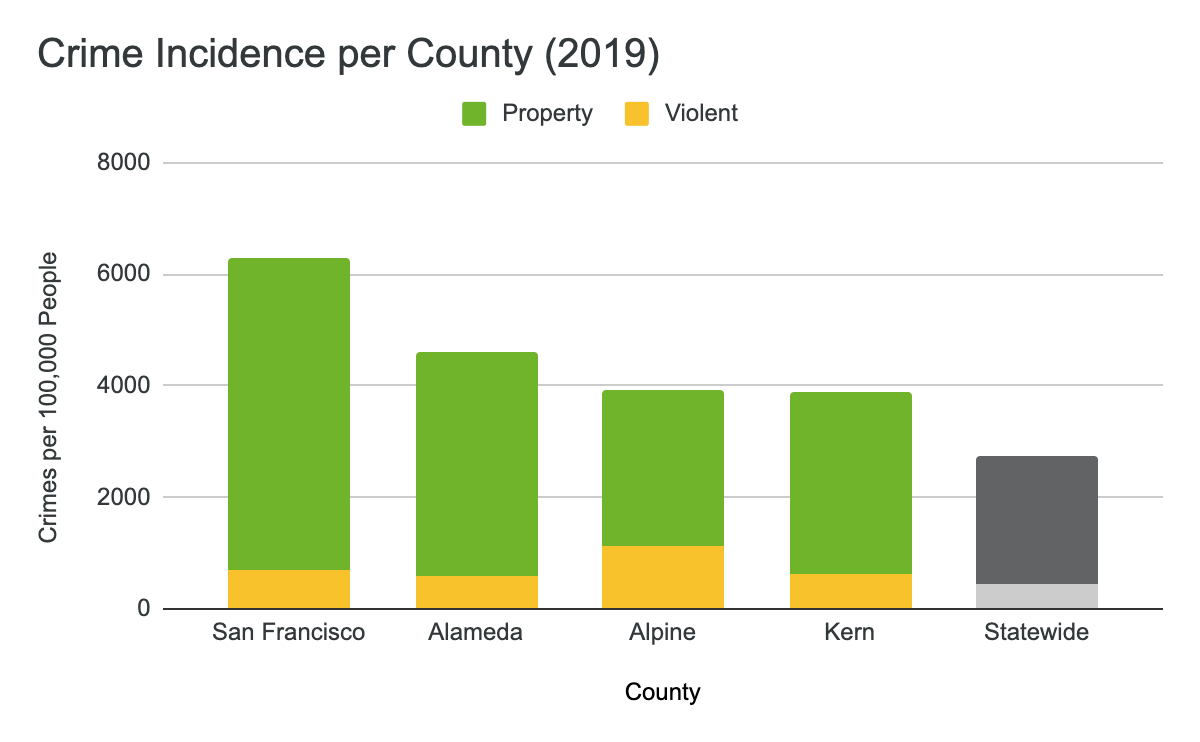 Families with problematic alcohol or drug use often experience trauma, strain, and fear. COVID-19 has had mixed impacts on drug and alcohol use. Research shows that problem drinking increased in the first several months of the pandemic, while drug used changed with an increase in use of cannabis and anxiety medication offset by a decline in use of drugs often consumed in social settings like cocaine and MDMA. Preliminary California data show that opioid-related deaths increased at an even faster rate after the start of the pandemic (see below). 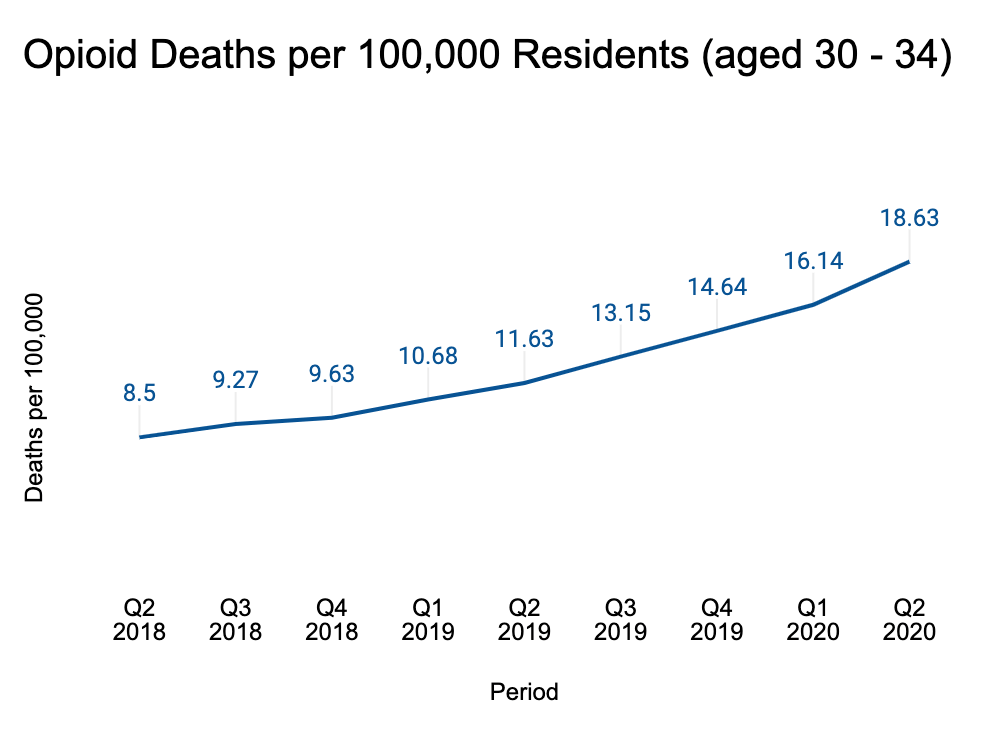 Social isolation and loneliness are important risk factors for child abuse , and conversely strong peer networks and social connections protect against abuse. The COVID pandemic and subsequent social distancing measures have led to a population-wide increase in social isolation. One representative national survey found that over 70% of adults under 50 report having at least some sense of social isolation since the beginning of the pandemic. 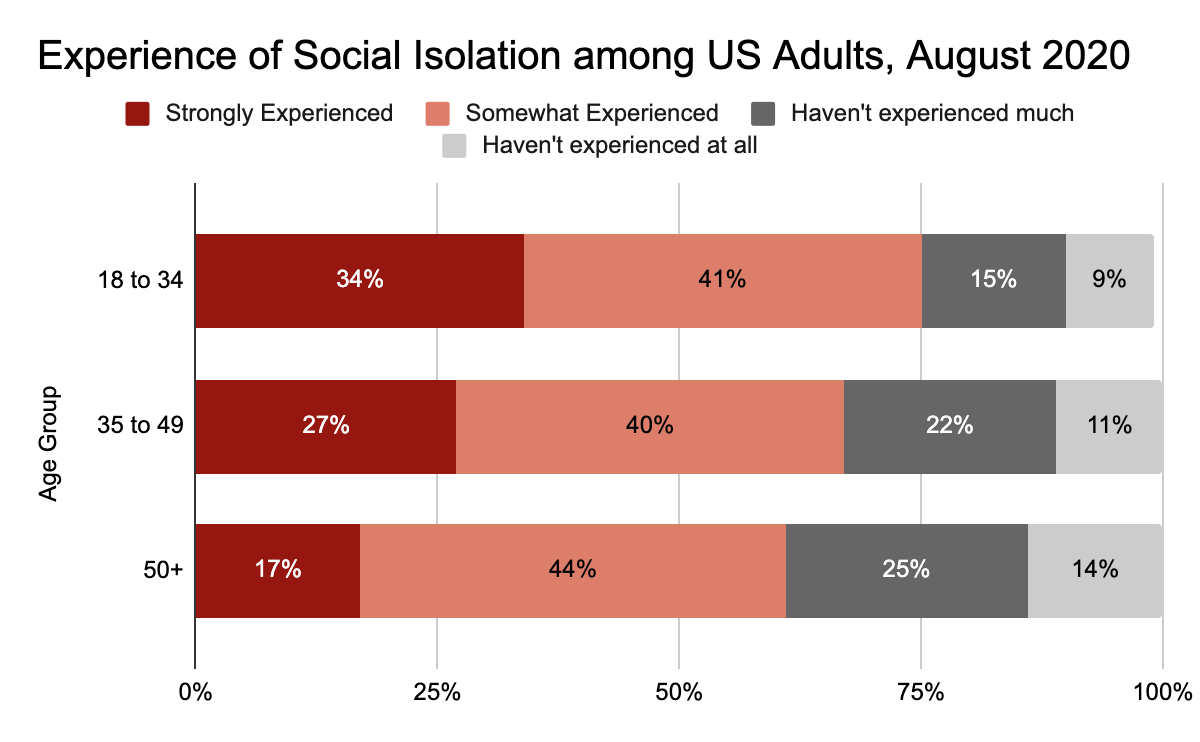 How much does child abuse cost your county?